Ken’s teaching and coaching career spans fifty plus years. He was hired by the La Crosse school district in 1971 to teach math and coach at Lincoln Junior High School.  There he coached football, boys and girls basketball, volleyball and softball.  He moved to Central High School in 1974 and spent the rest of his career coaching boys basketball and girl’s golf. He served as an Assistant Basketball Coach for ten years before taking over the head boys coaching position in 1983 -84.  Upon retirement from Central High School, he joined the coaching staff at Viterbo University as the Head Women’s Golf Coach and Assistant Men’s Basketball Coach.

Coach Barrett has served on the executive board of the WBCA for over 30 years. During his presidency the rewards program for All-Star Players was expanded to allow donations to the MAAC Fund to exceed $100,000 for the first time in history. The tradition of honoring Hall of Fame Inductees by creating a banner began during his time serving as Hall of Fame Chair. Those banners appear in the halls of our banquet tonight. Coach Barrett served as an assistant in the 1988 All-Star game and as the Head coach of the North Division 1 team in 1996. He takes pride in the 21 former players and assistant that continue to coach and be a part of the game.  The honoring of teams for academic success was established during Ken’s Chairing of the Academic All-State committee. He has been the Wisconsin representative the NHSBCA since 2010 and was selected to the executive board of the National Association in 2017. 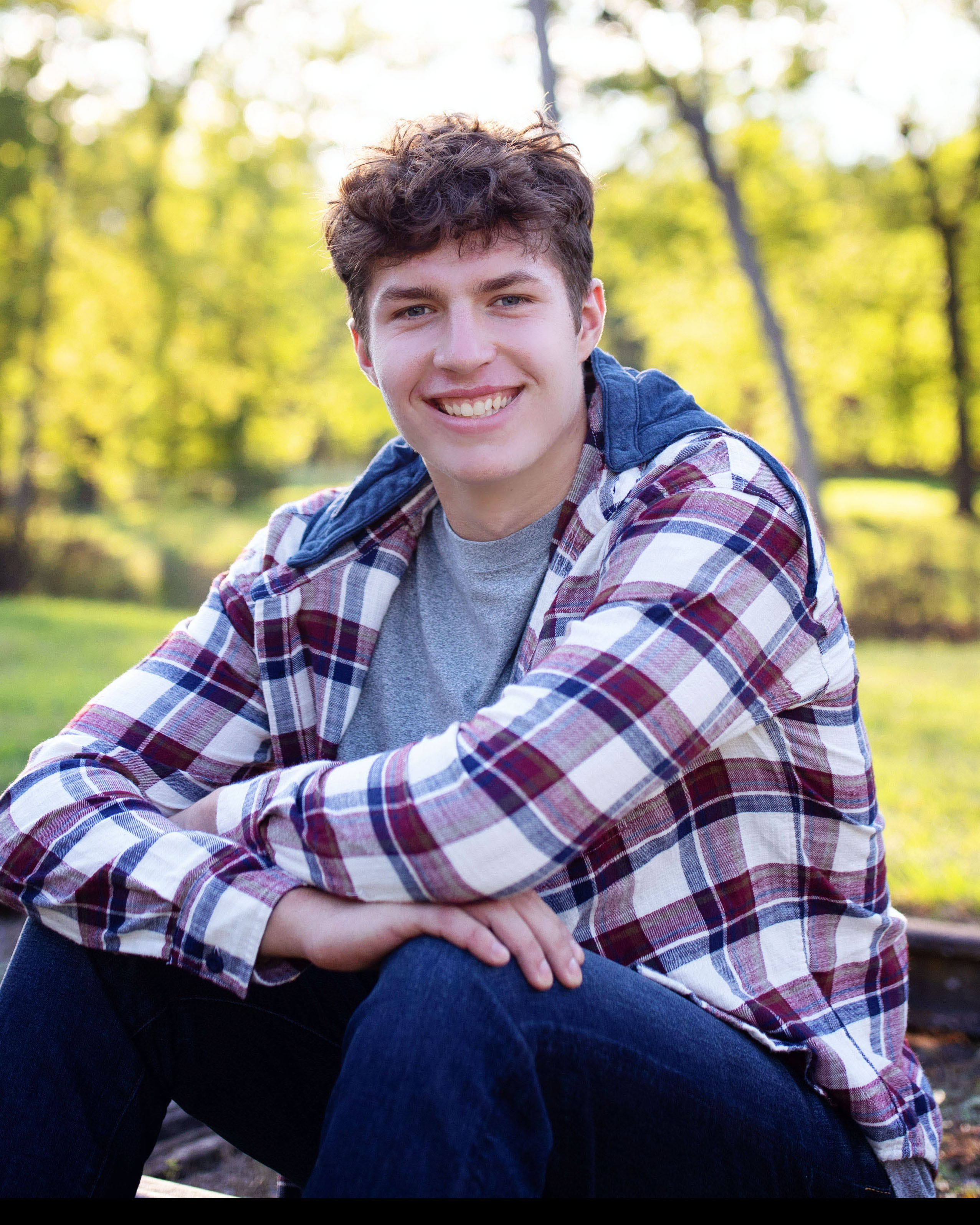 When your dad is a collegiate National Champion Basketball player and a varsity head coach, your grandfather is a Hall of Fame High School Head Coach and multiple-time state champion, and your mom played HS basketball and has a passion for the sport like no other, chances are basketball is going to  be a huge part of your life. Logan Uppena has grown up on the basketball  courts of Southwest Wisconsin and played for Potosi High School from 2018- 2022. Logan leaves a legacy for his accomplishments on the court as an individual and for the teams, he was on, but what he will be most known for is how he went about doing it.

Logan was an eight-time letter winner as a three-sport athlete and recognizes the impact of how athletics shaped him as the person he became. “Athletics taught me discipline and the ability to work with others and those things will last my entire life.” Participation in 3 sports is demanding and often  prevents some student-athletes from branching out into other activities and roles in their schools. Not Logan; he was active and held offices in NHS, Environmental Club, FFA, as well as being a member of FCA. Performing Arts were also part of his impressive resume, as he took on major roles in the school play and musicals as well as Band and Choir. He also was his class Treasurer. He also volunteered to help coach youth camps and clinics of all kinds. He did all this while being near the top of  his graduating class with a 3.98 GPA. In his free time outside of the  school walls, he can be seen working one of his three jobs, helping volunteer at benefits, or playing guitar and singing at church. The self-discipline and time management requirements for all of this are a testament to the type of person Logan is.

“Someone who cared about everyone and would help anyone at any time with anything”. When asked how he wanted to be remembered as a  student-athlete here at Potosi, Logan's response was quick and direct. As a senior, he was a Big Buddy to a special needs student and when the semester was up, he continued on his own and made time with the student because he “wanted to be there for him and didn’t want to let him down.” It is that kind of act of kindness that separates Logan. His compassion and caring for others are on full display every day. 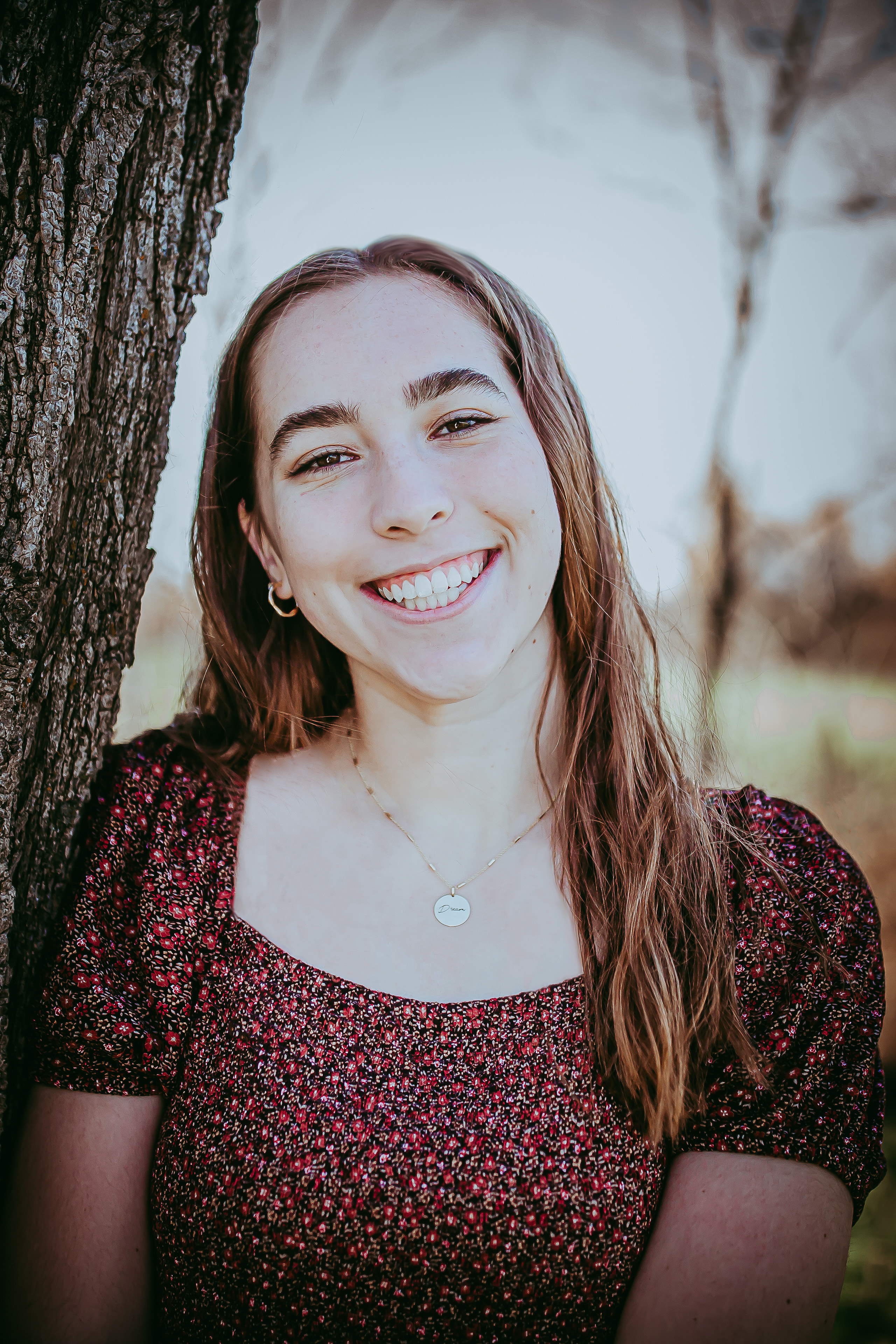 When you look at the qualities of this award: Character, Courage, and Service, it is very easy to see how Makenzie Breunig was chosen for this prestigious award. Over the last four years, Makenzie has shown an incredible amount of character as she has made a profound impact on many others in the Sauk Prairie Community. She has shown courage by mentoring, challenging, and encouraging others in school, sports, and the community. Finally, she has served those she has come in contact with, building relationships with them, and encouraging others as she leads her life.

Makenzie has been a four-year Varsity player for the Sauk Prairie girls basketball program. During this time, she has had three different head coaches which is difficult for any player when there is so much change from year to year. However, Makenzie took this challenge head-on and led in any way she needed to for the team and program. Although she was always a role player and very rarely a starter, Makenzie was team Captain in her Sophomore, Junior, and Senior seasons. She made an impact each day of every season through her leadership and willingness to give herself whatever was needed for the betterment of the team. During our end-of-the-season meeting with the returning players this past season one of the girls who are coming back next season set her goal for next year to ¨Be a leader like Makenzie was.¨ This is one of the coolest things I have heard as a coach and it truly exemplifies what Makenzie did for the team and her teammates this past season.

Makenzie was not only a leader in the locker room but also in the school. She ranks 15th in her class of 217 with a GPA of 4.116. For the past three years, she has been her class President and served the needs of all her classmates working diligently to ensure a great experience for all. This was done by representing her class in meetings, running fundraisers so her class could have the best Prom and Homecoming experiences possible, as well as making sure their Senior Formal will be memorable. She has also been a member of the National Honor Society. For her Service project, she offered and ran a basketball camp for 23 kids in 4-6th grades who did not have much experience playing the game and helped them to learn how to play a game she loves. This shows her heart and passion for leading others and helping them grow.

Besides serving her class and on NHS in High School, Makenzie has also been a part of many different groups and organizations all of which are aimed at bettering the school. She was a member of our Schools Leadership Council which met with the Athletic Director during the season to discuss how to better the school and school environment. In her Freshman year, she went on a Love Begins here Mission through her church helping a neighboring community that needed support. She has served as a Meals on Wheels volunteer helping to deliver 15-20 meals at a time in the Community to those that were homebound. She worked with our local Food Pantry and 6:8 Organization helping to work and hand out food on distribution days. Makenzie has also volunteered with our youth helping run both basketball and volleyball camps, working scoreboards at local basketball tournaments, working with the High School program coaching our Little Eagles program on Saturday mornings, and whenever a volunteer was needed to help run a concession stand she was always willing to step up and step in.

The award was established in 2019 to honor the legacy, leadership, and lives of WBCA Executive Board members John Cary, Jerry Petitgoue, and David Royston in recognition of their leadership qualities, characteristics in interpersonal relationships, and achievement as Board members.

John Cary served as the MACC Fund's director for nearly 37 years until his retirement in 2018. During that time the cure rate for pediatric cancer increased from 20 percent to 80 percent. The MACC Fund, since its inception in 1976, has contributed over $67 million dollars to childhood cancer and related blood disorder research. The WBCA has proudly contributed $2.9 million dollars towards that amount.

Jerry Petitgoue of Cuba City is the winningest coach in Wisconsin high school basketball history. Petitgoue has coached Varsity basketball for 52 years achieving a career record of 938-252 with three state championships through the 2019 season. He is presently in his 25th year as the Executive Director of the WBCA.

David Royston and his wife, Joy, have led Sports Impressions since 1989 and JustAgame Fieldhouse since 2006 in Wisconsin Dells. Their partnership with the WBCA and the MACC Fund has been a catalyst for the growth in membership and donations. JustAGame provides a home for the WBCA Hall of Fame, Fall Coaches Clinic, and the WBCA-MACC Fund All-Star games.

The WBCA-MACC Fund Legacy Award will be given annually to an Executive Board member and senior student who demonstrates the exemplary qualities of Character, Courage, and Service.

The committee invites your consideration to nominate a student in their senior year who exemplifies the qualities of character, courage and service. Please join us in the journey of honoring the legacy of three exemplary leaders and two outstanding organizations.